Osho - The only man I ever called Master

OSHO - The only man I ever called "Master". 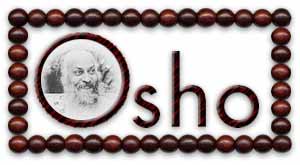 Every now and again, someone, probably ignorant of history or suffering neo-christian-tantra confusion, and certainly bedevilled by the evil disease called "Seriousness" gets all Osho-negative.
So that it doesn't get lost in a comment thread, I feel to make this a blog post to give some acknowledgement to the man that so many - ironically especially those who don't like him (missed him) - owe so much to. Also, so I can just post the link to it when I encounter Osho-bashing … by all means, feel free to do that too  ;)

Two main areas of criticism are: The state of what passes for Tantra in the world, and what on earth were those 93 Rolls Royces all about … how can one take such a fellow seriously?

In response to those, and sillier criticisms too inane to bother with directly …

When some teachers of the Neo-Tantra work developed by Osho left him and claimed to teach an equivalent, full path, Osho gave a rather harsh discourse about how, without meditation, that work just becomes a 'sex club'.
History has proved him right. Western tantra (especially the business-empowerment yuppie flavour) is either about better sex for couples and hyper-fetishising the soul-mate myth, or a sex club … not that the world is not in need of these things, and not that modern tantrikas don't need to journey through those territories.
Some of those teachers didn't leave. From their group work, from following the many other lines of inquiry that Osho opened for his people, and from other teachers taking his hints about meditations, my generation had workable, if scrappy guidance, compared to what is now available. (There were no Dakinis fulfilling the archetype of the Dakini back then.)
As to taking Osho seriously … the idea would have horrified him. Sincerity, love, teaching and even enlightenment are not supported in any way by seriousness.
For those who still don't get the 93 RRoyces thing (and, if you haven't worked out why an enlightened teacher does that, you need a few rounds of "one hand klapping")
… Every teacher who carries a teaching to new lands has to show mastery of the Gods of that land if he is to make an impact. This is intrinsic and unavoidable in the archetype. The Buddhists did this, going to tibet. The Christians did this, going everywhere they could manage.
The GOD of America, the real SUPREME one is money, WEALTH!!! as evidenced by insane opulence and conspicuous consumption.
Get it?

… and then, there is another angle from which things arose simultaneously, as things do: Zen and the art of motorcycle maintenance was popular, and the guys started 'rolls royce spanner meditations', and then more guys, and then things got a bit out of hand and they became the best customers RR ever had.
And they really did that meditation very well indeed …
A memo escaped from RR HQ. It said "The RR's at that place are kept in better condition than those on our own showroom floor".
I have great gratitude to Osho, the only man I ever called Master. His willingness to be chronically misunderstood by those who go by meme-bytes, and be truly heard only by the few who took his hints to deeper study, required absolute transcendence of seriousness.
For those who do take things (and hence don't want to take Osho) seriously:
Are you fucking kidding!
Jesus and Krishna, Masters with a dozen close ones, from whom their teachings had to spread … In his lifetime, Osho reached, activated (awakened) and guided numbers comparable only to G Buddha Himself. Those are the kind of stats that serious people are supposed to take seriously. He may well have achieved his stated objective of 100 complete with their path. Difficult to say, because they are so difficult to distinguish from the background of fakers and bullshitters that have mastered the enlightened laugh and the enlightened stare, though few can manage silent stillness as well as B Palace sentries.
Even if you don't like Osho, if you are a serious person, sorry, you're screwed. You HAVE to take him seriously, and by trying to be disparaging, you are revealing the fact you take him very seriously, as you should.
If that isn't getting through … consider this analogy. Many historians dislike Hitler, but they cannot regard him as not serious.
Take it.
Also, If not for Osho, the only significant spiritual advance by humanity in the last century would be claimed by the Scientologists! …… and wouldn't that be sad. 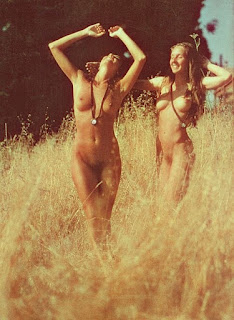 Posted by Rahasya No comments: