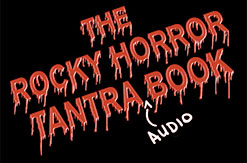 It took me nearly 5 years to write it, about ten days to record it, a few dozen hours to listen through and edit out the worst of page turning, coughing, retakes and other excitements.

My sound engineer, Gabriel, managed wonders through Josi's summer storms and guided me through the process of audio production.

Some of you know him as the muso who did the cool backing track (or whatever it is called) on a guided meditation CD I recorded a few years ago.

This whole exercise (and what is still to be done for the print version) has been a huge learning for me, alongside the nearly ten years in which I have been learning to teach, guided by those who thought of themselves as students.

The stories I tell are all fictionalised to some extent, some quite a lot. Names have been changed to protect the guilty.

I recommended an age restriction somewhere around 85. I have banned (with her wise and wholehearted agreement after a little explanation) my own mother (91) from reading it. I still have to work out what to do about my father.

I thought I had good reason to believe that I knew what I was in for.

I was wrong about that. I feel well mauled, but in a good way. It is different writing late at night, just me and the Muse, from reading aloud what I have written. Especially when it gets all sexually descriptive.


You may now click the following link to have your own relationship with the thing. Good Luck.